It's More than Just Wearing Pink

Posted by Century Marketing on October 04, 2018

Breast cancer has impacted millions of people and will impact millions more in the future. There is good news however; breast cancer incidence and death rates are dropping... 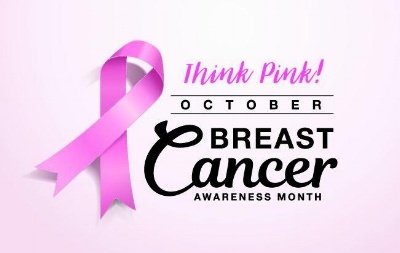 due to a number of factors, including treatment advances, earlier detection, and increased awareness -- which is what makes October’s Breast Cancer Awareness Month so valuable.

Here’s a closer look at what you need to know about this common cancer, along with tips for saving money while navigating the financial aspects of breast cancer prevention, detection and treatment.

Breast Cancer By the Numbers

Currently, there are more than 3.1 million breast cancer 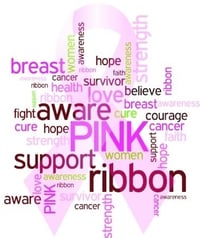 survivors in the US, according to data from Breastcancer.org. By the year’s end, meanwhile, more than 330,000 new cases of breast cancer in women will be diagnosed.

And while death rates have indeed been dropping, the disease remains the second leading cause of cancer death in women: A woman’s chances from dying of breast cancer is 2.6 percent -- about one in 38, according to the American Cancer Society.

It’s also important to know that breast cancer doesn’t just strike women. Because men also have breast tissue, they can also get breast cancer (although it is rare). Roughly one percent of all breast cancer cases occur in men. And while this may sound like a small number, it adds up: This amounts to more than 2,000 new cases of breast cancer a year in men.

The Steep Cost of Breast Cancer

Not only is the cost of treating breast cancer higher than any other type of cancer, but it’s also on the rise: According Cost of Care, it will top $20.5 billion by the year 2020. And while individual costs are hard to tie down, according to a report from USA Today, we do know is that uninsured cancer patients end up paying twice as much for doctor visits and a staggering 43 times as much for cancer drugs.

Unfortunately, many patients who can’t afford treatment end up going without or making decisions that ultimately compromise their health, such as putting off doctor visits and scrimping on prescription medications. These stresses can make coping with cancer even harder. That being said, there are many financial resources available for cancer patients aimed at helping them afford treatment.

The Power of Prevention

While many cases of breast cancer are genetic, there is a

link between leading a healthy lifestyle and reducing your risk for breast cancer. You may have heard the expression, “Prevention is better than the cure.” It’s also cheaper. Eating right, getting regular exercise, maintaining a healthy weight, limiting alcohol intake, and quitting smoking are all ways to invest in your health without spending a dime.

Additionally, if you are at increased personal risk of cancer due to a risk factor such as age, a previous diagnosis, a close family member with breast cancer or who has tested positive for a gene mutation that is associated with a higher risk of breast cancer, or if you have tested positive for the gene mutation yourself, a conversation with your doctor about genetic counseling or testing can help you understand your options.

Similarly, the value of early detection, including monthly breast self-exams and routine clinical breast exams and mammograms, cannot be overstated. In fact, according to the National Breast Cancer Foundation, when the disease is detected early and is in the localized stage, the five-year survival rate is 100 percent.

One last thing to keep in mind, wearing pink is just the start. By embracing a proactive approach and by encouraging your loved ones to do the same, you can help increase breast cancer awareness while taking steps toward safeguarding your own health. And remember: You can’t put a price tag on good health.